Location: Home > The Cosmic > The Danger Of Anger

Here’s a story Danita recently told me which she had heard in a course she’s doing.

A young child has issues with anger management.

He regularly throws tantrums and screams whenever he can’t get what he wants.

To teach him to control his anger, his father gives him a hammer and box of nails and tells him; “whenever you get angry, hammer a nail into the fence.”

The child does this.

Every time he gets angry he hammers a new nail into the fence.

Gradually, he starts to find this is tedious and learns to control his outbursts.

Each week the need to hammer in nails becomes less and less until he has completely controlled his temper.

At this point his father tells him; “Each time you feel yourself getting angry, and you control the impulse to shout or scream, take the other side of the hammer and pull out a nail.”

Eventually, the child has pulled out all the nails which he’d hammered into the fence.

When all the nails had been removed his father took him out and said to him; “Tell me what you see.”

To this the child replied; “The fence is full of holes.”

And this is the problem with anger; each time there’s an outburst, things are said which are hurtful to others.

This creates holes in the relationship.

The pain and hurt may be forgiven and forgotten but the holes will always remain. 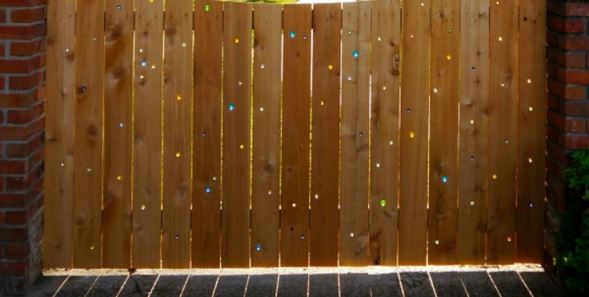