Whenever you have a thought, idea, feeling or emotion, you create thought-forms.

Hold that thought and we’ll come back to it.

Let’s look first at how a radio works.

We’re not interested in the diodes and transistors that enable a radio to do what it does.

All we’re concerned with here is a radio as a black box that has magical properties.

What, you don’t think a radio has magical properties?

It is a box which picks up sounds from anywhere in the universe and enables you to hear them, then (if it’s a two-way radio) it takes the sounds you make and sends them to the other side of the world (or next planet) and allows someone else to hear what you just said.

What’s not magical about that?

As Arthur C. Clarke once said; “Any sufficiently advanced technology is indistinguishable from magic.” 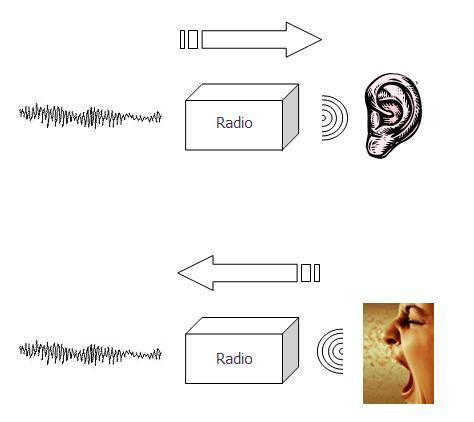 A radio takes sound waves, which are pulsations in the air (you can’t hear anything in space), converts those pulsations into electromagnetic radiation and sends it out into the Universe.

It also has the ability to collect specific electromagnetic radiation and convert it into sound waves which you then hear.

These electromagnetic waves are all around us; we are completely engulfed by them,

And yet, without a “magical” black box we can’t hear them.

Exactly the same applies to television signals, messages to and from your phone and many, many other forms of radiation of which we are completely unaware. 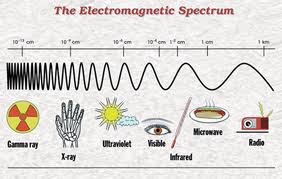 In this diagram, you can see the range of radiation in which we are constantly swimming but we only experience directly a tiny part.

We know that all this radiation has an effect on us, but mostly we don’t feel or have any conscious experience of it.

We also know that moving a dial on the radio will change the station to which we are tuned.

On one station you will hear people talking about the latest business trends, pick another one and you’ll get classical music.

Another means you’ll be listening to the latest in pop music, while another will give you heavy rock music and so on.

If your device has the appropriate parts you’ll be able to listen (and converse) with police on duty, fire officers, military activities and so on.

As mentioned above, all these messages are around us all the time and without the right technology, we can’t access it.

You As A Radio