Location: Home > The Cosmic > Your Brain – Friend or Foe?

Your brain does amazing things.

Clearly, without it, you wouldn’t be you (if there was a you at all).

However, sometimes it can do things that aren’t really in your best interest. 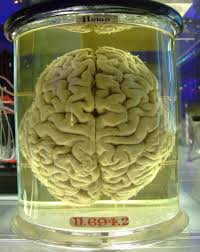 You may have seen an email which shows how we can read a block of text even when the letters are all jumbled up. For example: “the qciuk bworn fox jmpus oevr the lzay dog”.

If you read that as “the quick brown fox jumps over the lazy dog” then you may feel very pleased with yourself. Your brain has clearly unscrambled somewhat meaningless text and turned it into something useful. That’s a talent that can be very beneficial.

HOWEVER, if you’re proofreading then you have a problem – your brain tells you what you EXPECT to see rather than what is actually there.

That’s one reason you should always get someone else to read your writing especially for important documents (like this blog post).

When someone does your proofreading, strangely enough, it’s an advantage if they don’t know what you’re talking about or are not skilled in the areas of expertise you’re discussing.

That’s because something similar occurs. If someone is familiar with the material they will “get it” without a lot of difficulty and so will miss important connections that other people won’t get.

Have you ever had the situation where you’ve said or written something which is blindingly obvious to you and someone has asked a question and you find that, in the process of  answering them, you find gaps and things you hadn’t realised were not fully covered?

That’s because your brain makes connections and pathways that make things obvious to you but NO-ONE else has those same links and so, what is obvious to you, isn’t to other people.

In many ways that could be to your advantage – that’s your unique talent, the thing ONLY YOU can do in this world, and so that’s what makes you so special (in the most positive way).

However, that can also be a disadvantage and in extreme forms could be what we classify as Aspergers and Autism.

Not Seeing What’s There

Your eyes are the devices by which the light gets in but it’s then up to your brain to turn that light in images that mean something to you.

We often hear the statement: “I’ll believe it when I see it”. Actually it’s the other way around: “You see it when you believe it.”

I have a photo I took on the Great Ocean Roan in Victoria. It was simply a shot of the scenery.

When the photo was developed there was something very interesting on it.

I enjoy showing it to people and asking them what they see.

I’ve had responses like”it’s a landscape” (with a shrug of the shoulders to say “why are you showing me this?”), there’s a smudge, it’s an angel. Here’s the photo – what do you see? 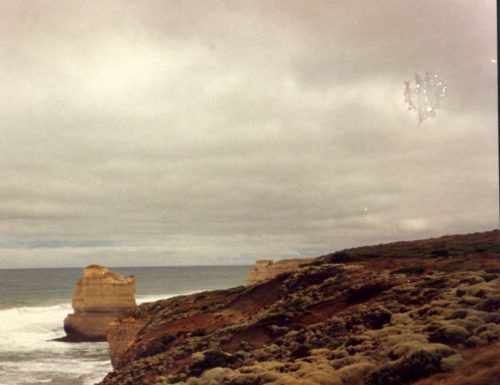 I’m sure you’ve seen this image before. Is it two faces or a goblet? Your eyes are getting the same light patterns but your brain determines what you see.

So, as you can see (pun intended) we have to be very careful just how we think we experience the world.

What’s the best way to get a reality check? Ask a child. Their brains haven’t been trained into seeing things one way or another.

A friend told me he was talking to a four year old and asked how old she was. She replied “Four”. He then asked “And when will you be five?” Her reply: “On my birthday.” She was probably thinking “These adults really do ask some dumb questions!” Then again, perhaps that’s an adult way of looking at it.

Here are a few more – enjoy! 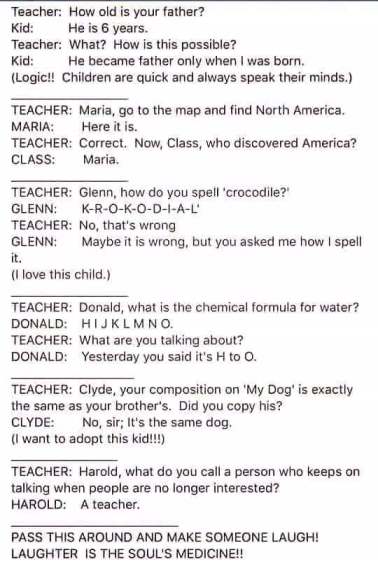